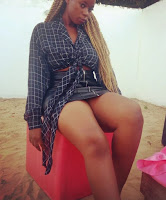 Tuesday, April 09, 2019- Australian based Kenyan socialite, Bel Akinyi, has caused a commotion on social media after she flaunted her juicy thighs.

The well endowed lass, who is also a vocal political commentator, decided to tease men with the steamy photo and men are going nuts.

She captioned the photo: “Because a girl has legs”
While she doesn’t fancy being called a socialite, she can certainly give the established Kenyan socialites such as Vera Sidika and Corazon Kwamboka a run for their money.
See the photo below and reactions. 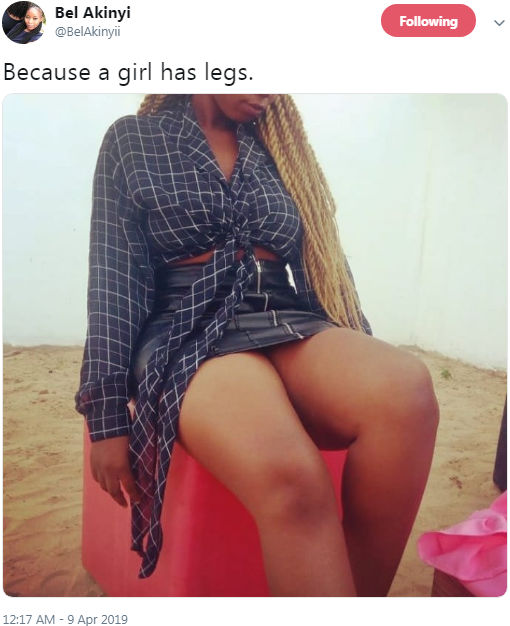 Talk about the luo nation

That’s how Delilah did and finished Samson in a ½ a second.