Here is what KOIGI WAMWERE said about withdrawal of WAITITU, ICHUNGWA and WAHOME‘s security detail – UHURU should watch carefully 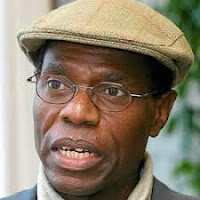 Sunday April 14, 2019-Veteran politician, Koigi Wamwere, has faulted the government for stripping a number of politicians allied to Deputy President William Ruto of their security detail.

Commenting about the issue on Saturday, Koigi poked holes into the move, saying that it portrays the President in a bad light, and brings out a picture of an impatient ruler.


“Japo waliowaondoa hao walinzi wako na kila haki ya kufanya hivyo, inaonyesha ukosefu wa uvumilivu wa kiakili katika upande wa Rais Kenyatta.
(Though the involved institutions have every right to recall the security, it portrays a mentally impatient president),” he said.
This is with the consideration that the move comes after Uhuru’s many calls on the leaders and others to stop politicking, but the group has gone ahead to endorse Ruto’s presidential bid.
Koigi stressed on the need for the government to reassign the police officers to the affected politicians to avoid landing in trouble in the coming days.
“Ni vyema wabunge hawa warudishiwe walinzi maana huenda serikali ikajipata taabani iwapo chochote kitafanyika (let them be given their protection back, the government might land in trouble in case anything happens to them),” he added.