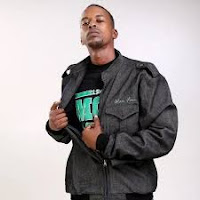 Kantai, who is one of Kenya’s pioneering rappers, passed away on the morning of February 27 at St. Francis Hospital in Kasarani aged 42.
While the exact cause of his death is yet to be established, the ‘Huu ni Nani’ hit-maker had been battling alcoholism for a while.
In 2016, he tried to make a comeback into the music scene with a collabo with Khaligraph Jones dubbed Ting Badi Malo but he failed to take off.
Kantai is credited for introducing Norwegian based Kenyan rapper STL in the game with the Happy collabo.
Gospel Rapper, Juliani, has led Kenyans in paying tribute to the fallen G.

Kantai was unique in his delivery with witty, beautiful way of mixing swa and English. Westy and Kawa vibe to him.

Mwafrika was raw, punchy and seems like he knew his away around battles.

Chris Kantai has always been a Legend & he introduced STL to the industry. He disappeared for a while but came back & did some great music. Let’s wait & see how the media will be praising him after his death but had forgotten him.

Thank you for the great music. Your legacy will live on. Rest easy Chris Kantai…

Apparently Chris Kantai is no more. These young ones will never know how other than Bamboo, (and maybe Khali) he was the only fluent Ke rapper in both English and Swa.

I’m so very sad to hear this

He was one of the most talented individuals I ever met. We had so many great conversations about life and music. May you rest now Kantai