Ex-KTN’s , DENNIS ONSARIGO, releases a shocker on the ill-fated Ethiopian Airlines Boeing 737, this is what might have caused the crash(AL-JAZEERA EXPOSE) 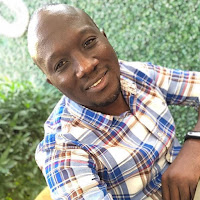 Sunday, March 10, 2019-Former KTN investigative reporter, Dennis Onsarigo, has released shocking details on what might have caused the Ethiopian Airlines Boeing 737  to crash and kill all those on board.

Onsarigo recounts attending a  meeting organized by Al-Jazeera senior journalists in  Ghana where they released shocking expose after 1 year investigations  on how the manufacturer of Boeing had done a shoddy job when assembling the new Boeing 737 like the one which crashed in Ethiopia.

Read this ladies and gentlemen and if you use Boeing, just know you are not safe in the sky.
Some years back I sat in a meeting organized by a team of Aljazeera senior journalists and managers in Ghana.
We were subjected to a ground breaking investigation- carried out for one year and aired in 2010- that revealed that Boeing, the manufacturer of the Boeing airliners had taken a shortcut in assembling the new Boeing 737 NG ( Next Generation) series planes.
Instead of the manufacturer assembling the aircrafts electronically they manually fitted them because the original parts were either too big or too small.
That between 1996 and 2004 ill-fitting, illegal and dangerous parts were assembled on to many of the most commonly-used passenger planes in the world today.

Note that every FIVE seconds, a Boeing takes off or lands around the world.

Most of these airlines after clocking air miles were sold to AFRICA and many African countries bought them because it’s damn expensive to purchase a brand new Boeing.
The senior Aljazeera manager stunned us by saying that in the next twenty five years, one Boeing after another illegally assembled planes will start falling off the skies… by the time Aljazeera was documenting their year-long investigation, at least three planes had crashed minutes after taking off.
What was unique about the fatal air crashes was the plane broke into three distinct pieces leaving the FUSELAGE – the main body of the aircraft – intact because, it’s design was not tampered with; it what was added to it – the other parts of the plane-that over time came off.
Until air crash investigators trace the black box/ rule out weather, pilot error and rebuilt the plane’s wreckage, we might never know what made the massive bird crash six minutes into flight.
But if the wreckage confirms that plane disintegrated into three pieces and the same happened to yet another Boeing 737Max five months ago,then there might be a conversation about this safest mode of transport around the world.
So, ON A WING PRAYER to all of us taking off/landing/ cruising around the world at this very moment.
I covered the 2007 Kq crash.
Life is such a short story, as you live it, don’t go a day without checking up on people. People are predictable, life is NOT.
By DENNIS ONSARIGO.
The Kenyan DAILY POST

The post Ex-KTN’s , DENNIS ONSARIGO, releases a shocker on the ill-fated Ethiopian Airlines Boeing 737, this is what might have caused the crash(AL-JAZEERA EXPOSE) appeared first on Kenya News Alerts.