Saturday, February 23, 2019-A lady who claims that she used to work at Kenya Film Classification Board(KFCB) where Ezekiel Mutua is the boss has accused him of sexual harassment.

Apparently, ladies who work at Kenya Film Classification Board are forced to sleep with Ezekiel Mutua  and any lady who refuses  to dish out  flesh to him is forced to quit.
There has been mixed reactions after the tweet surfaced with a section of social media users claiming that  the twitter account was f0rmed to tarnish Mutua’s image.

How true is this?

See the trending tweet that puts Mutua on the spot. 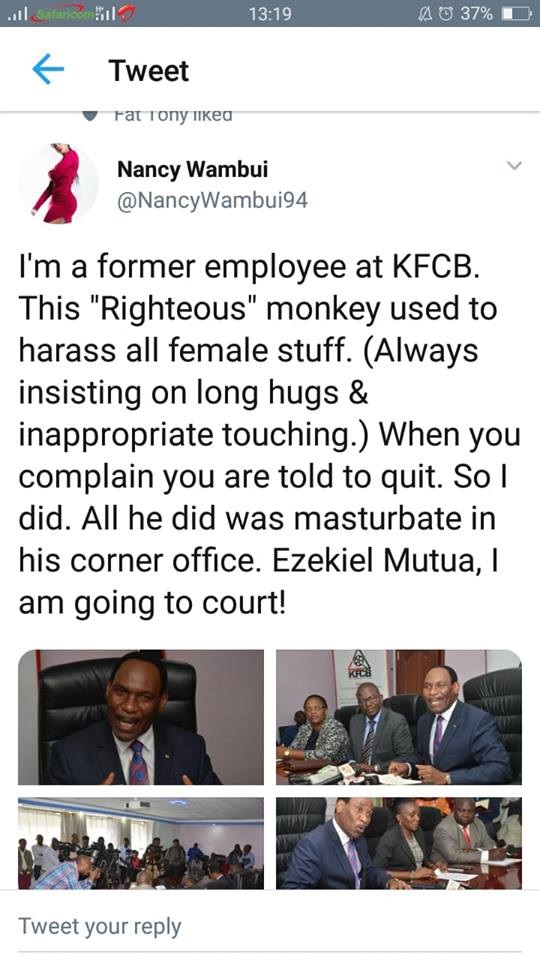 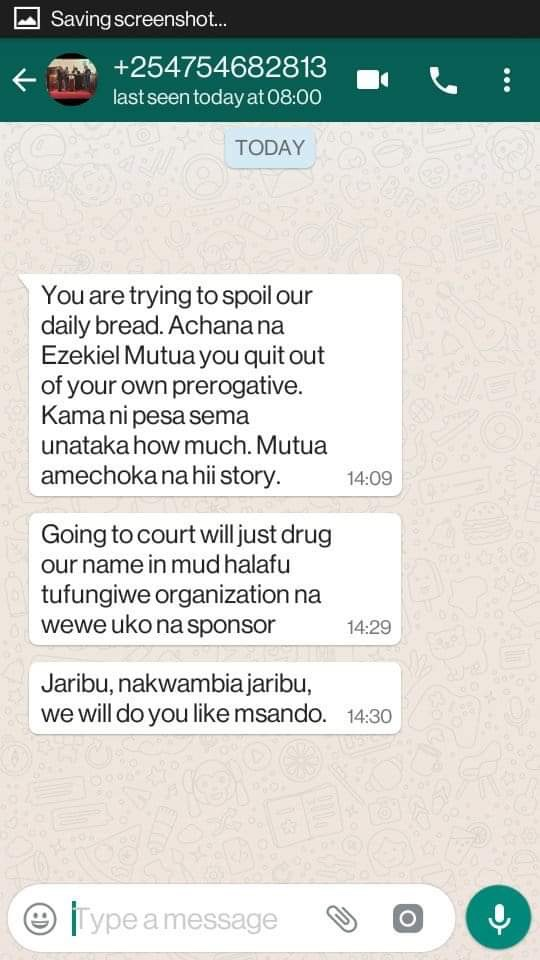