DENNIS OLIECH yet to receive even a shilling of his Sh3M signing on fee-Threatens to quit GOR MAHIA. 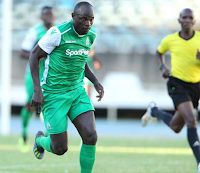 However, three months down the line, the 34-year old has threatened to quit the club over unpaid dues.
According to Oliech’s representatives, who are also his brothers, the club has not paid Oliech even a shilling of his Sh3 million signing on fee.
“It will shock you that since he signed for the club in December, Oliech has not received even a shilling of his negotiated sign-on fee and yet he has been playing all that time,” his brother Ken said.

He added: “I was present during the negotiations and Oliech initially wanted to play for Gor Mahia for free as a free agent, so that he draws no salary from the club but only allowances.
“They refused this offer and said they had to sign him first. When Oliech signed, we agreed on a sign-on fee that was to be paid in installments.
“But three months later, not even the first batch has been remitted. And when we ask about it the officials keep taking us round in circles. Is that fair?”
Oliech’s management further stated that club has a tendency of not paying its players and Oliech’s is speaking for the voiceless.
“They are messing up the club. And Oliech is speaking for the voiceless. If they can treat Oliech with such indifference, what about the other players who are too shy to speak up?” Ken posed.
Meanwhile, club chairman, Ambrose Rachier has maintained that they will honor their end of the bargain terming Oliech’s situation as ‘no big deal’
“The issue of Oliech is really very simple. We shall pay him on March 1 as per our agreement. The agreement was to pay him in installments and take it from me, we shall do so before the end of this month. The other installment is due at the beginning of next season so there is really no issue,” said Rachier.
Oliech has scored four goals since he joined Gor Mahia.
The Kenyan DAILY POST.

The post DENNIS OLIECH yet to receive even a shilling of his Sh3M signing on fee-Threatens to quit GOR MAHIA. appeared first on Kenya News Alerts.